Alfred Cohen was born in America and studied at the Art Institute of Chicago. After war service in the USAF, in 1949 he was awarded a foreign travel scholarship that took him to Europe. He continued studying in Paris at L’Academie de la Grande Chaumiere, showing his work in France and Germany. In 1960 Cohen settled in England and had a long series of shows with Roland, Browse and Delbanco. He also had solo exhibitions in Paris, Montreal and Tokyo. His style in France was realist and intimiste, but in the 1960s he moved on to haunting and exuberant studies in a chunky, richly-coloured style in the commedia dell’arte manner. In later life he turned to sparkling, jewel-like landscapes and seascapes. Cohen’s work is in many public collections including Ben Uri Collection, Contemporary Art Society, Nuffield Foundation, Pembroke College in Oxford and in galleries in Rye and in Hull, as well as widely abroad. The Alfred Cohen Foundation continues to promote his work, which continues to be regularly exhibited. 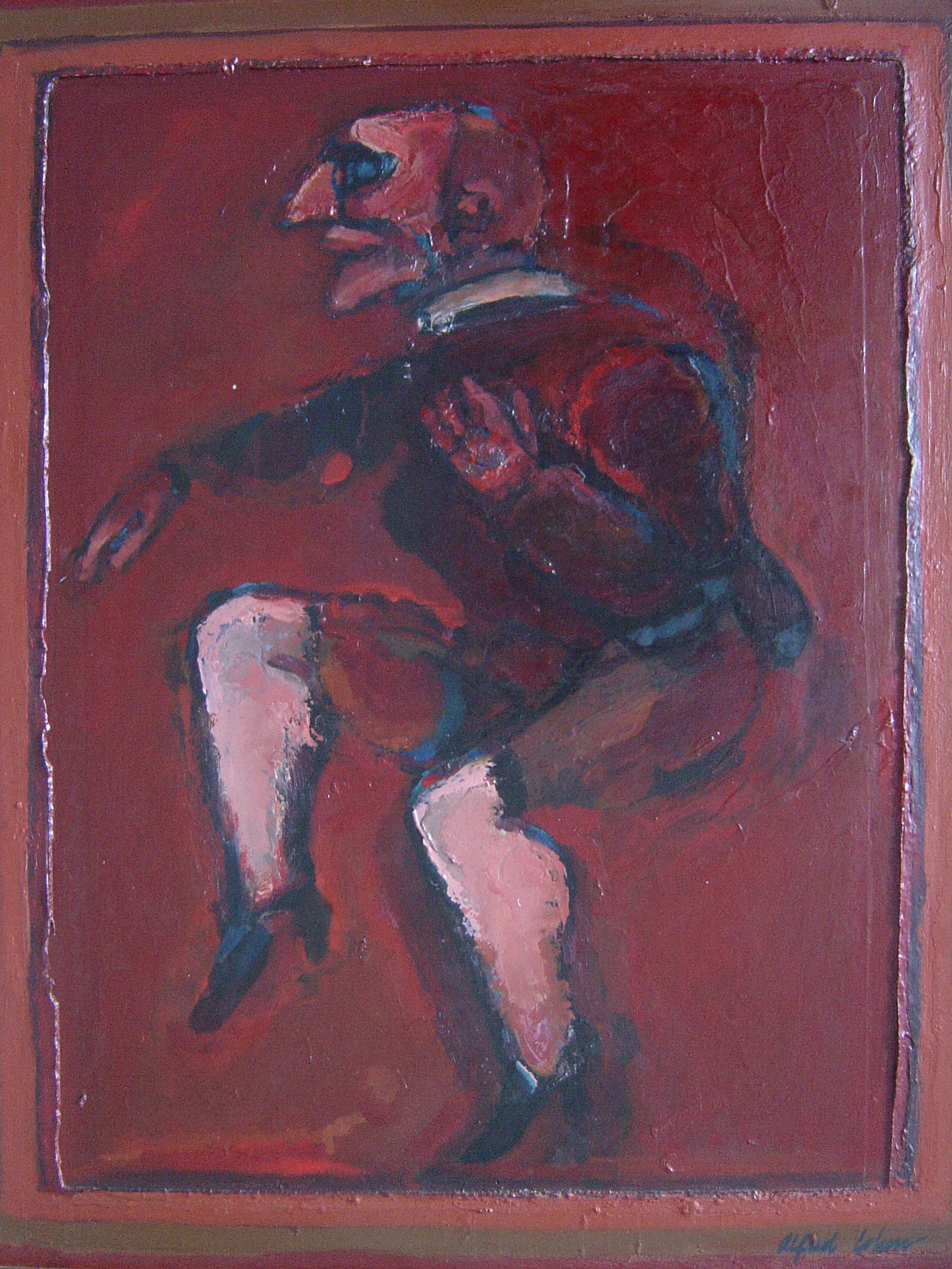 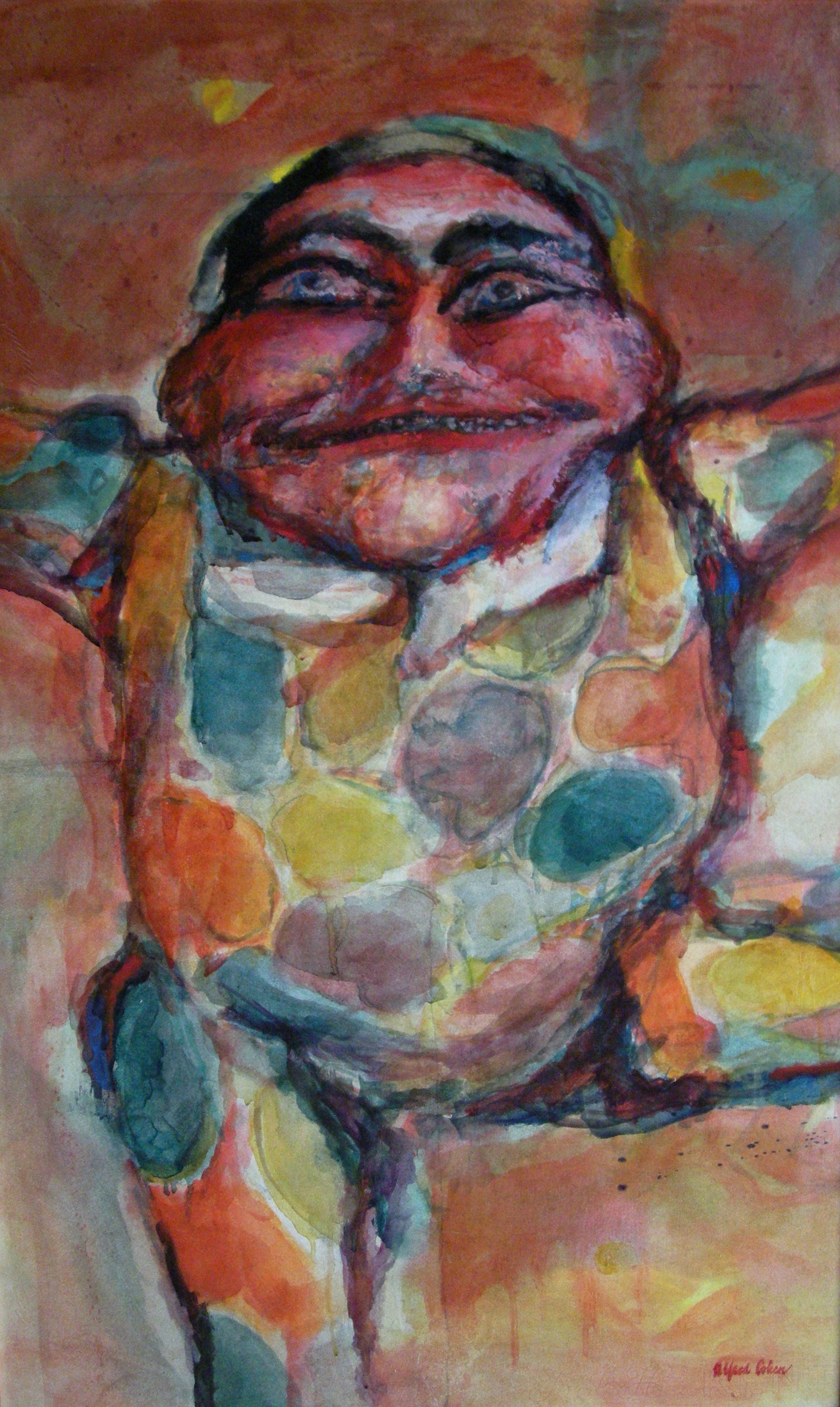