Frederik Lund Ottesen was born in the United States and studied at Pennsylvania Academy of Fine Art before joining Braque’s Atelier in Paris in 1938. He exhibited at the Galerie des Quatre Chemins and, after war service, returned to Paris. He became friends with Hans Hartung and, influenced by him, turned to abstraction and showed extensively throughout Europe in the 1950s and 1960s. He was affiliated with the prestigious Galerie Coard in Paris and Downtown Gallery in New York and had a first UK solo show at the Leicester Galleries, London in 1966. He also showed at Blomquist Gallery, Oslo and Galeries Tedesco and Quatre Chemins in Paris. Ottesen’s work is held by Syracuse Gallery, USA and Musee National d’ Arte Modern in Paris. 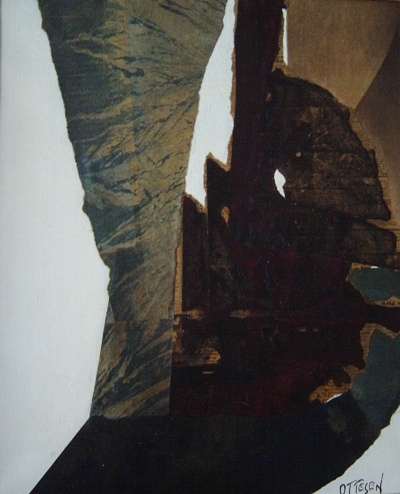 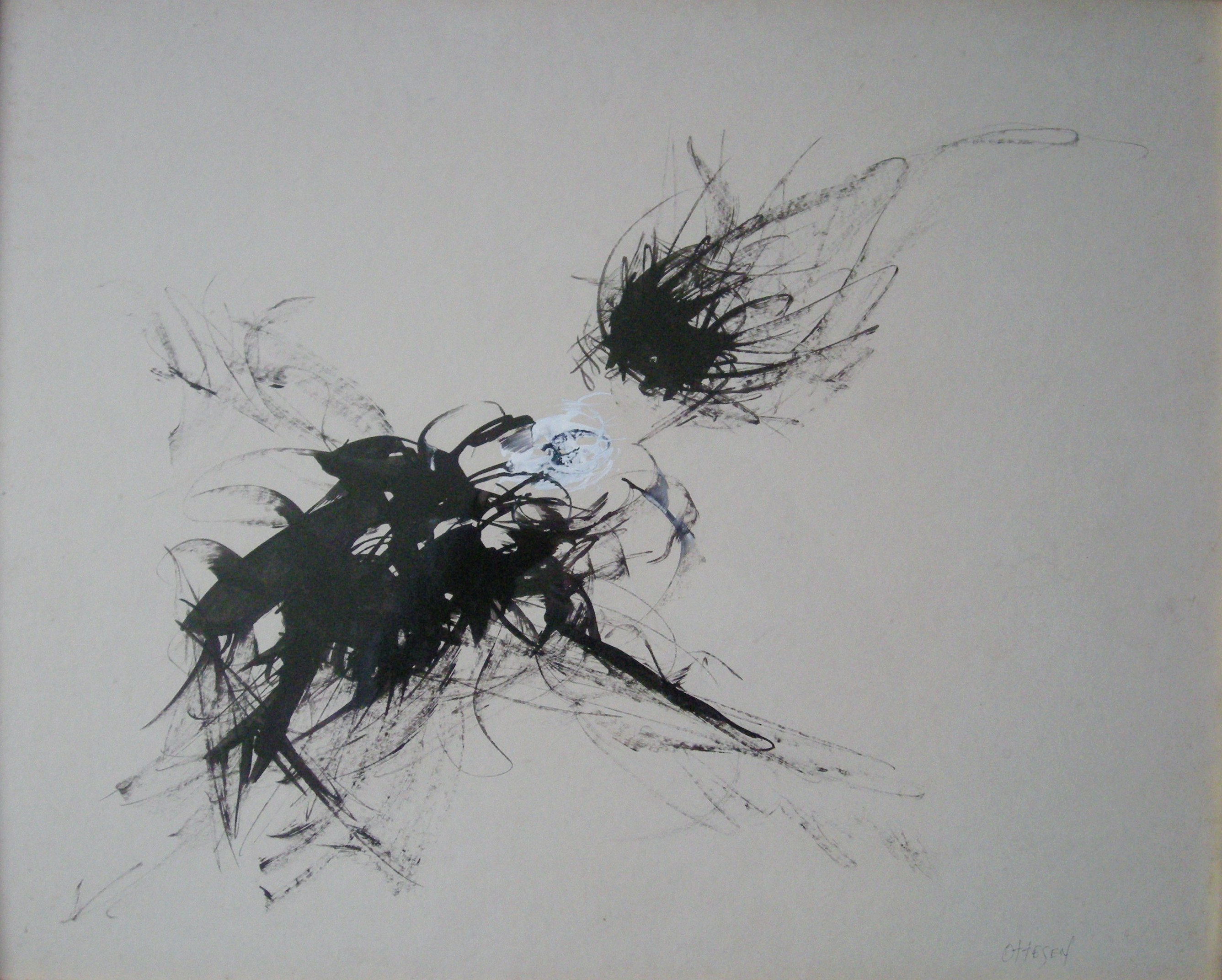